At some point in your life you have wondered
Why is there so much suffering in the world?
Humanity has suffered from poverty, crime,
Injustice, disease and death.

The fishermen had not gone out and the sea was choppy, in the distance the formation of the waves that were following as was the procession of Good Friday and bursting with courage on the shore, making glassy splinters.

It was a long beach of beautiful pearl color and white sand, angry at the sea, turned, roaring and crashing against the rocks that raised its minced face of dark smallpox with the look to the sky, and this so dense black ash cloud, bursting with Heavy water as a donkey.

Women so pretty, with light brown skin, thin waist, solid hips and with a blooming blouse as a big league, alone they walk the streets, carrying on their head a box of those sold in Acapulco, made of snail and seashells , taking her tight as if someone were going to steal them, with her golden brooch.

Meanwhile the men inside the canteens, spent little money to pay for their work, buying hot water, mezcal and beer, and in the heat of the drinks, they allied themselves with blows by the company of some lady, who in return Of some pennies, they offered love and caresses.

When the night came in the colonies, tornadoes of insecurity, the dogs bark with great despair, it seems that the dangers with great stalking were approaching and in the distance loud detonations of firearms were heard, the siren of the patrols were heard crying for The main streets.

Families out of fear close the doors and windows of their houses for fear of what might happen; At the same time, the pavement of the street as black as night is bathed in the blood of a human being lying lifeless.

Newspapers and magazines comment in their red note, that Acapulco is Tierra de Muerte, that when the darkness of the night arrives in its star-painted sky, there are five to ten dead people watered in the colonies.

Today insecurity takes over the poorest neighborhoods, while officials sleep in residences with high security as if they were going to steal.

Suddenly the clouds burst, the water falling like a trickle of silver on the flesh of the Acapulqueños, meanwhile in the pantheons, relatives and the widows of the victims, among tears of tears, accompanied by excruciating pain, come to say goodbye for the last time , who in life I accompany them, but not even the little girl of tears, washes her distressed face.

When moving the coffin to the bottom of the earth, the companions who attended the funeral consoled with words, but did not approach him because it was like approaching his dead man.

The days went by and he didn't sleep because he didn't leave her, he felt his flesh like hers, as if it were one flesh that smelled of the sea and the sweat of a fisherman. 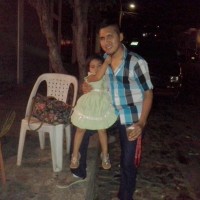