The howling cold wind reflecting his worse fears,
Dried up his mouth, shivered his skin, brought up tears.
Heard a little squeak, a crack, a hoot, hark, hark!
Isn't a door, a twig, an owl, a lark, a lark?

He knew the others were already in bed,
He guarded everybody against The Red.
He turned around on his trembling gummy feet,
His eyes were indeed envisioning defeat.

Upset the moon on his clear utter disgrace,
Away she took her comforting bright embrace.
Then right from behind a stealthy poisoned dart.

Stuck on his thin neck and stopped his weakened heart.
The coward soldier not gasping anymore,
Had never a chance to fight a real war. 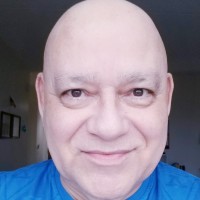